"...it was such a relief to discover that there's an  immutable truth; that right and wrong are not determined by what's in today or fashionable tommorow.  Thirty years later, I am being served all the secular refuse I discarded -- and on limoge china, no less. What's happened to us?"

Molly Resnick is a former NBC producer who discovered the beauty of her heritage in the late 1970s.

Having "seen the world," having been on "the cutting edge" of the latest trends in secular society, and having met such famous personalities as Sean Connery, Sophia Loren, Muhammad Ali, and Menachem Begin, she believes nothing is more glorious than G-d's Torah and the life it calls on us to lead.

She currently lectures to audiences, both observant and not, on clinging with pride to our tradition and not being seduced by the vanities of the world. 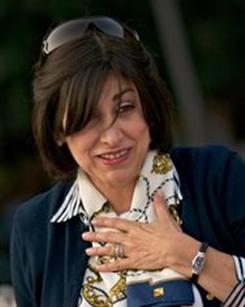